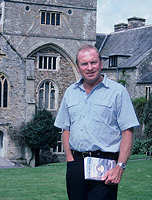 Since 1980, I have travelled the world in Drake's wake and footsteps, recording on slide film, virtually all Drake's movements. When I have been to Cape Horn, I shall have seen all Drake's world.

My journeys are based on meticulous and painstaking research that has resulted in the discovery and verification of Drake's previously unidentified anchorages and places ashore. This has largely been made possible by the help that I have received from the late, retired Master Merchant Mariner, Mr Raymond Aker, President of the Drake Navigators Guild, Palo Alto, California.

In 1983, this nautical researcher began piloting me to many of Drake's hitherto unidentified anchorages. Ray's navigational experiences and his sleuthing over the contemporary narratives, maps and modern charts, have nearly always steered me into the correct anchorage.

This has resulted in the assembly of a unique photographic archive of over 11,000 slides. These pictures of Drake's life enable us to "see" his world and contextually appreciate his achievements as never before. My travels have given depth to the geography of Drake's life and voyages. This has amplified the Drake story. Furthermore, Mr Aker edited all my 315,000 word published books. He has thus finalised the most authoritative, accurate and detailed geographical account of Drake's life and voyages.

This forms the first ever pictorial, topographical biography of one of history's greatest seafarers. It is this collaboration with Mr Aker that has enabled this project to reach the heights of academic substance based upon fieldwork; often in the face of great dangers. Mr Aker wrote, "There is probably no one alive who has so much of the details that you have gathered."

Both of us were acknowledged by the high priest of Drake authors, Dr John Sugden, as being geographical experts on Drake's movements.

Michael, your books have contributed a significant amount of new Drake knowledge. So few people have dedicated so much time to any subject, you just have to put your quest on record.

Raymond twice guided me around Drake's Bay in California. Ray's death in 2003 will be perpetually lamented.

Uniquely, I have photographed copies of the complete collection of the contemporary Drake maps. The outcomes of this source of unique, important, illustrated information, is available as a global resource for commercial, private and educational purposes. Susan Jackson has complemented my knowledge and work. 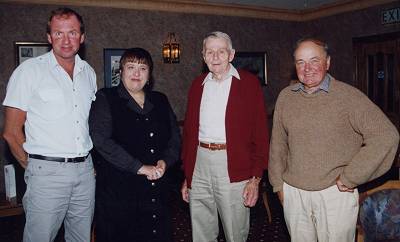