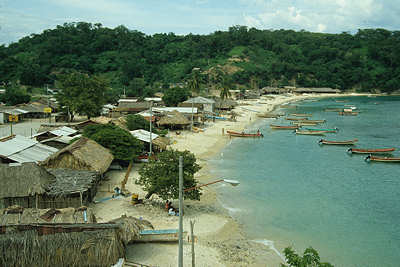 Guatulco, México This was Drake's final Latin port of call on the world voyage. No author had attempted to reveal its location. The village is included on a detailed Mexican road map. Until 1983 it closely resembled how Drake would have seen it when he looted the village. Now there is a yacht marina and a high-rise hotel.